Connecting homes, one at a time & forever

Atomy’s products come from the collaboration of two companies:

The Korean Atomic Energy Institute (KAERI) and Korea Kolmar. Together they came together to launch an institutional risk company called Sun Bio Tech. 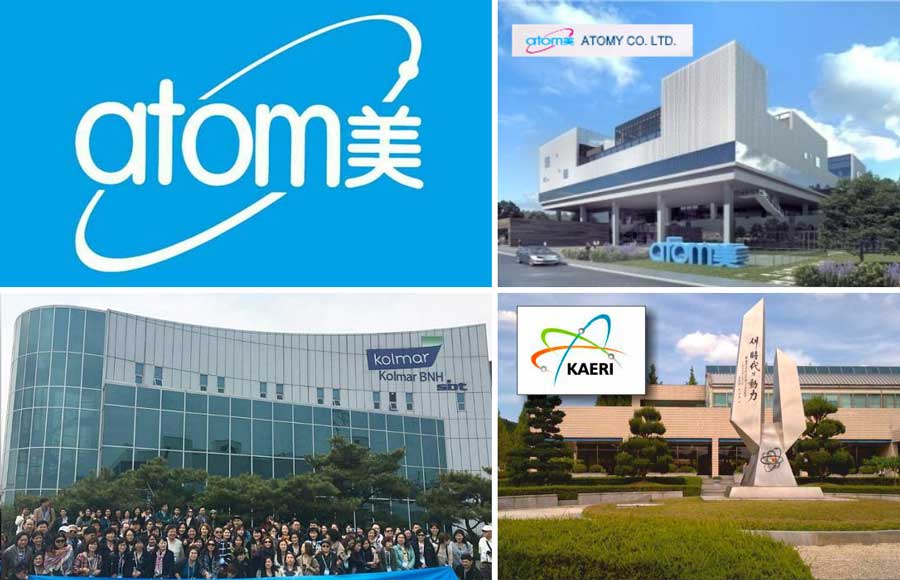 KOREA KOLMAR
Korea Kolmar Co. Ltd. is an OEM (original equipment manufacturer) and ODM (original design manufacturer) company that manufactures cosmetics and pharmaceuticals. It was founded in May 1990 and is one of the nine Kolmar companies worldwide whose technologies and know-how have been developed over more than 100 years.

KAERI
The Korean Atomic Energy Institute (KAERI) develops nuclear fusion and radiation fusion technology and is responsible for the research and development of Sun Bio Tech. It was founded on February 3, 1959 as Korea’s first comprehensive scientific and technological research institute to improve the quality of life for the general public. Over the past 50 years, KAERI has become the driving force of Korea’s national economic growth and continues to promote strong economic growth through the use of nuclear power as the main source of energy. KAERI is also strengthening Korea’s industrial competitiveness through the transfer of advanced science and technology.